… and Martin Hall celebrates 30 years at D&R too.

Martin Hall grew up on a farm near Cockermouth, Cumbria and joined Davidson & Robertson in 1991 as an Assistant Surveyor. Progressing through the ranks, he became a Partner in 2000 and is now our Senior Director. In this milestone year, we asked him to reflect on the firm’s 130-year history and his 30 years’ service.

A matter of weeks ago I was privileged to be appointed to the CAAV panel of Arbitrators, I have now been with D&R for an unbelievable 30 years.  When I think back to starting at D&R the image I have of myself is as a boy in short trousers arriving at Station House in Balerno, the 30 years since then have passed in the blink of an eye.  At that time D&R was based from Balerno and was celebrating its 100th year as a well-established firm in Rural practice.

The landscape at the time was rapidly changing as Edinburgh expanded. Edinburgh City bypass that is now a part of our daily commute had only recently been completed accelerating the flow around the city.  This was a time where Britain was suffering from recession, the effects of this on the Scottish farmland market meant much of our market was very static.  The barometer for good East Lothian acres was around £2400 per acre at the time, very different from the pricing we would see today.  Interest rates were in the territory of 10-12 % at the time hiking to a peak of 15% on Black Wednesday in September 1992 under John Major’s Govt.

1991 saw the introduction of the Agricultural Holdings Act in Scotland which affected traditional Agricultural tenancies.  The Act sought to reinforce and protect long term agricultural tenants, protecting their rights to written leases, the right to stay and work on the land after a lease expired and pass on the lease to family members. The results created a lack of mobility in the market with very few new agricultural lets made available and very few opportunities for new entrants, something which remains the same today.

This year the firm is 130 years old, and we remain the oldest firm of Land Agents in Scotland, it was started by James Inglis Davidson a prominent arbiter back in 1891 working from an office in Saughton Mains outside Edinburgh, he was joined in the 1920s by Wilson Mathieson Robertson.  James Davidson was the President of the Surveyors Institution and was knighted in 1926.  D&R offices moved into Walker street in Edinburgh in 1943 and Ronald McKenzie became a firm partner in 1954.  Michael Reid Thomas joined the firm in 1964 and as the firm moved offices in 1967 to the Station House in Balerno the doors of which I would then walk into as a wide-eyed apprentice in 1991.

In 1991 when I joined the firm the office had its first computer for word processing which was incredibly impressive at the time, we developed a programme for storing comparable sales details. Looking back, I cannot imagine working without computers.  Partners at the time had just started using Car phones, for the younger generations amongst us these were not mobile phones, but very large phones literally attached to your car with aerials attached.  Performing the roles, we do today minus the technology we have now come to depend on is now almost unimaginable to me.

D&R has since the 1970s had heavy involvement in the energy sector from the early days of the gas pipelines from the north sea to supporting the first wind farm in Scotland and in developing on-farm generation.  Energy production looking forward will be an integral way in which landowners can diversify the value generated from their land and a key part of our partnership with them.

My 30 years here have gone in a flash but looking back what gives me such great pride is the thick vein of tradition in our craft and our allegiance to the rural businesses that we service that hasn’t wavered since the days of Sir James Davidson.   The other element I have taken great pride is the opportunity to be involved in the training and encouragement of young people joining our profession.  This is something that the firm continues to invest considerable effort in which is regularly recognised in our CAAV results.  The manner in which we operate and the care we have for our clients has been passed from generation to generation built into the fabric of who we are.  The landscape in which we operate is a traditional one but one that is changing rapidly as we leave the EU landowners look to diversify and futureproof their business plans in a volatile economic landscape.  This provides us and our clients with great opportunities to harness through sustainable energy and forestry solutions, the application of greener technologies and futureproofing their business strategy.

At 30 years into my career what keeps me motivated are those relationships that have been held for generations and D&R’s capability to partner with a large range of clients and help them navigate the new market surroundings with innovative and sustainable solutions adding value to their business and asset base for the future. 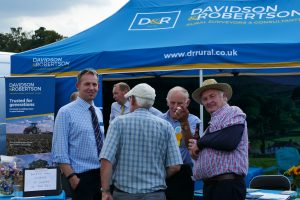 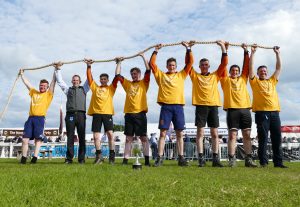